Such an amazing talented group of musicians. I have not been disappointed yet anytime I have hired this group to perform. You bring tears to many with the emotion that is felt behind each instrument that’s played. Truly, truly professional and a treat to perform with. I have continually given your name to people that have asked.

For a 2 hour minimum call, our rates range from $425 to $700. Whether it’s a duo, trio, or quartet, we are happy to accommodate your budget and provide you with an ensemble to fit your needs. For more details, please do not hesitate to call or send us an email through our contact page.

Henry Lee, viola, has a M. Mus. from the Juilliard School and has appeared at Avery Fischer Hall, Alice Tully Hall and Carnegie Hall. As a chamber musician Henry has appeared at the Seattle Chamber Music Festival, Las Vegas Chamber Music Festival and the San Luis Obispo Mozart Festival. Henry Lee has been a soloist with Canadian and American orchestras and currently plays with the Vancouver Symphony, and the CBC Radio Orchestra. Henry has been the Principle Viola for both the Royal Winnipeg Ballet and Ballet BC Orchestras. He has recorded for Archetype, Bose, New World Records, and Sony Classical labels. His recording of the music of Earl Kim was #2 on the New York Times ‘Best of 2002’ list and was chosen for the “Critics’ Choices: Classical Music, 2001” by Gramophone Magazine for its ‘ authoritative performance. ‘ Henry is also a graduate of the American Center for the Alexander Technique in NYC and is the proprietor or Our Town Cafe in Vancouver, BC.

Finn Manniche, cello, is an eclectic and passionate musician with a music degree from UBC and a penchant for playing anything and everything on guitar and cello. He plays swing and new music, Bach to Bocherini, Surf and otherworldly sounds. He can be heard live and on CD with the Armadillo String Quartet, Ensemble Symposium, the Jazzmanian Devils, Soul Crib, the Paperboys, Denzel Sinclair, 54/40, Murray McLauglin, Mae Moore, Cam Wilson’s varying orchestral extravaganzas and much, much more.

Sandra Fiddes, violin, is a graduate of UBC in violin performance. As a freelance musician she has performed with countless orchestras, ballets, Broadway shows, touring pop stars and is a member of the Vancouver Opera Orchestra. She is a founding member of the “Little Chamber Music Series That Could” and has been band leader and contractor for various groups since 1986. She is also a member of “Mariachi Del Sol”, a group that participated in the “International Congress of Mariachi” multiple times to represent Canada in Guadalajara, Mexico, performed as headliners for the Victoria and Vancouver Symphonies, and has played at all types of government functions, including the Canada-Mexico Summit (2004) with former P.M. Paul Martin and Mexican President Vicente Fox. She entertained for the opening of the 2011 Vancouver Olympic Village for Prince Charles and Lady Camilla.

Sandra is also an accomplished arranger. Her string quartet arrangements are in demand in North America and Europe and have been performed worldwide. One arrangement aired on CBC as part of ‘Cantata for the King’ with the Hard Rubber Orchestra.

Marcus Takizawa works as a freelance musician in Vancouver, performing regularly with the Vancouver Symphony and The Turning Point Ensemble. Marcus also performs with his brother James in the band chordophone performing and writing music for electric viola, cello, and electronics.

He also works for Sparkjoy Studios, a web design studio specializing in developing great, easy to use websites based on the WordPress platform. Their clients include The Turning Point Ensemble, The Vancouver Academy Of Music and The Armadillo String Quartet.

Marcus Takizawa has studied with Karen Tuttle and Gerald Stanick, members of the Chicago, Guarneri, and Juilliard String Quartets. He has an M. Mus. from the Juilliard School. Marcus has been a finalist at several music competitions including the Eckhardt-Gramatte, ASTA, and Irving Klein International String Competitions. 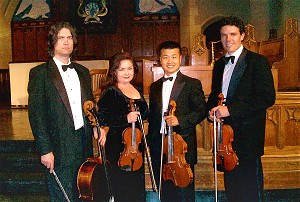 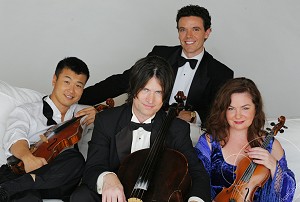 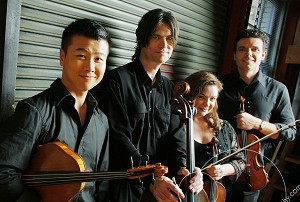 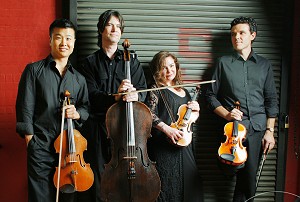